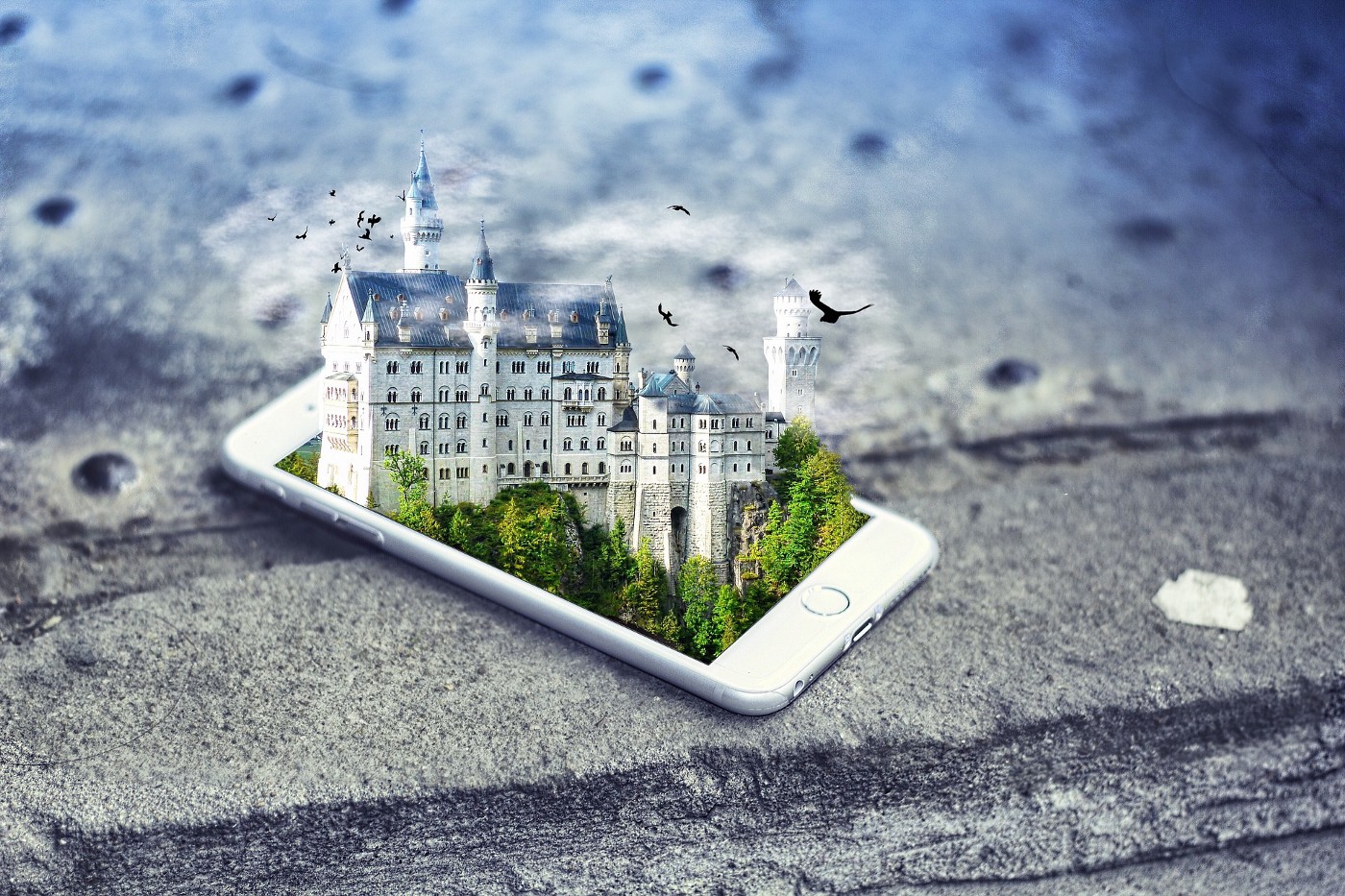 The Metaverse: Virtual Insanity or a big business opportunity?

Back in 1996 Jamiroquai, an English funk and jazz band from London, released a song titled “Virtual Insanity”. Today, after Facebook’s (Meta) recent Metaverse announcement, this song seems more relevant then ever.

From the lyrics:
"Futures made of virtual insanity now Always seem to be governed by this love we have For useless, twisting our new technology Oh, now there is no sound, for we all live underground"

There will always be cause for concern, as expressed by this band so many years ago, when technology steps into “virtual” and not “real” reality territory.

Elon Musk recently mentioned that “he doesn’t get Virtual Reality” because as children we were always told not to sit too close to a TV (or any screen), and now we will be placing our mobile phone into a VR headset right on top of our eyes? Of course, he does have a point in relation to the hardware in question, but it will always depend on the user profile and what it is being used for (from gaming to a VR enabled e-shop: more on that below).

But Elon Musk’s concern is elsewhere as he has cofounded Neural Link which hopes to start implanting its brain chips directly into human brains this year. But that is another story.

Is it all “virtual insanity”? Before an attempt at an answer, let’s get some Metaverse 101 definitions out of the way.

What is the/a Metaverse?

There are more than one “Metaverses” and various Metaverse “flavors”. For example there is the Meta (Facebook) metaverse (Horizon Home and Horizon Work Rooms), and other approaches from companies like Niantic (Pokémon Go) who is building a Metaverse where AR images are overlaid onto the real-world, as opposed to a separate virtual reality experience on top of the real world.

Then there is the Open Metaverse where Outlier Ventures proposes an open source Metaverse Operating System, a completely decentralized set of tools and technologies operating through standards and APIs rather than a proprietary platform.

In all cases many new tools and technologies will emerge including in relation to Computer Graphics, XR = (VR + AR + MR=mixed reality), payment gateways, NLP, ML, Compute (work load) and many more.

What can you do in the metaverse?

Among other things, it will be possible to carry out activities such as:

Doing Business and Proof of Ownership in the Metaverse

Within the context of Blockchain, “Tokens” are a key concept, available in different forms and used for a variety of reasons.

What is a Token?

Very simply, a Token is:

A special type of token is a Non-Fungible Token (NFT). Fungible means replaceable, so it is apparent that an NFT is a unique and non-interchangeable token.

In the Metaverses, Blockchain overall and NFTs in particular guarantee the uniqueness and authenticity of virtual assets, but can also provide an ideal representation of ownership of physical assets. The latter is significant in relation to the road ahead. Ownership is not limited to any single Metaverse platform.

NFTs might be anything from a song, to an avatar’s clothing to digital art, to an AI/ML learning model. They can be continuously traded and possibly gain in value with each trade.

Now let’s go back to the “virtual insanity” theme.

Retail and the Metaverse

Just a few days ago Nike Inc acquired RTFKT, a startup founded in January 2020 that makes sneakers: but they are digital and available only on the Metaverse. Has Nike gone crazy? No, Nike wants to make sure that every Avatar in the Metaverse is wearing digital Nike shoes. Rather than waiting to see what their competitors will be doing, they have understood the underlying dynamics and have opted to move quickly and decisively.

But it is not only Nike. Gamers these days might run into Avatars wearing Gucci handbags or glasses. Gucci entered the Metaverse by providing a limited Gucci collection for a popular online gaming platform, so “exploring” their future customer base (Gen Z born 1990+ to 2010).

Real Estate and the Metaverse

A couple of months ago rapper Snoop Dogg announced that he bought land in the blockchain based virtual metaverse “The Sandbox” in order to create his digital mansion. Want to own a house near Snoop’s? Earlier this month The Sandbox held a “Snoopverse Land Sale” to allow buyers to acquire “land” next to the famous hip hop star. The price? $450K in Ethereum. Additionally, the famed rapper’s ‘Snoopverse’ also began selling early access passes which include access to NFT artworks.

Given the importance of Facebook and following all the related publicity, most non-tech people I know are scratching their heads probably thinking that they have finally gotten too old to keep up with all this technology. But as Facebook stumbles into the Metaverse, it may have triggered a VR tsunami. Mark Zuckerberg, CEO of Facebook, has now become the standard-bearer of the metaverse.

Facebook’s vision for the Metaverse can be summarized as follows:

· Creating a feeling of presence
· Owning Avatar(s) to represent ourselves. What is an Avatar? A 3D representation yourself instead of a picture. You can have many Avatars designed by different creators: one for work, one for gaming and so on.
· Creating a virtual home space (FB Horizon Home) where you can put up pictures, videos, digital products, or even a home office. You can invite people over or teleport somewhere else.
· Attending virtual work spaces (Horizon Work) (i.e. 3D zoom calls)
· Teleporting to a room, concert or a game: replaces todays URL link
· Instead of typing use gestures
· Devices like TV’s won’t be needed anymore
· VR Messenger calls
· Horizon market place — create and share 3D digital items

Apple is really a hardware business with services built on top so this is an important Metaverse head start. Reportedly to be released at the end of this year and given that Apple is pretty good with hardware, the Apple VR Headset will be more compact and lightweight and could make Apple the real Metaverse leader.

Many other companies are already developing and/or using Metaverse technology including:

But more directly, AI will be used to create “virtual characters”. Think of inviting an intelligent assistant to your 3D meeting. Startups like Inworld aim to provide a solid framework for developers to build virtual characters that can respond in natural language, perceive the environment and offer meaningful interactions for users. And the potential is endless: virtual movie actors?

Another application could be a 3D highly immersive combination of a book and a movie, implemented as a sharable, intelligent knowledge object. You wouldn’t just read or view it, you would step into it. As an NFT, this (I)ntelligent (M)ovie (B)ook object (IMB — just coined a new term!) would be hyperpersonalized to present and behave differently to different users (i.e. children, adults, male, female and so on).

The Metaverse’s potential use cases

A digital twin is a virtual 3D model of a physical object or process and in fact is a fundamental Metaverse building block. Streamlining design, improving efficiency through better energy and structural modeling, creating lab twins or even human digital twins, the benefits are clear. These models can be used to test various machines and systems, facilitating the detection of possible failures before they reach the physical world while improving efficiency, reliability, flexibility and overall, creating better products.

Some companies are now offering this technology as a PaaS (Platform as a service). Digital modelling can be used to create entire environments like buildings, factories, farms, energy networks, railways, stadiums or even a whole city.

You finally ticked “Kenya Safari” off your bucket list, but you really want to share your experience with your friends and family. Instead of uploading videos or pictures and waiting for the FB “like” tsunami, there is a way for them to join you through a VR headset, online and in real time. With you, they would be watching what you are seeing in 3D (but it would be the definition of “so close and yet so far”). Same goes for concerts, the Soccer World Cup Final, the Super Bowl and so on.

Additionally, there are now quite a few AI powered image recognition mobile travel apps offering on-screen information about what the camera is aimed at, like places of interest, museums, galleries, landmarks, parks, coffee shops, train stations and any other sight in the view of the traveler.

Using MS MESH (mentioned above) picture avatars of medical students gathered around a human body hologram learning by examination of what is inside.

With your VR Headset, sitting on a high-end massage chair, how about escaping to a holiday island and feeling the heat of the sun along with a light breeze? Esqapes Immersive Relaxation is US based company that provides virtual reality experiences in various flavors like “Heavenly Garden“, “Sauna“ and “Desert Spa“ among more.

Once you get to mainstream Metaverses, you can see from the list above that the potential is huge for all verticals. For those decision makers that consider this too farfetched to spend time and resources on, beware of some of the most unfortunate anti prophetic statements.

“The truth is in no online database will replace your daily newspaper, no CD-ROM can take the place of a competent teacher and no computer network will change the way government works. How about electronic publishing? Try reading a book on disc. Nicholas Negroponte, director of the MIT Media Lab, predicts that we will soon buy books and newspapers straight over the Internet. Uh, sure”

“There’s no chance that the iPhone is going to get any significant market share. No chance”

On a different vertical:

“The main purpose of the stock market is to make fools of as many men as possible.”

It will be sometime yet until your Virtual Reality web site surpasses in sales your conventional website, but in the meantime the Metaverse will serve as a good business activity niche. At this point it must be seen as a place to experiment, collaborate and explore rather than to aggressively market, but in all cases do not ignore it, it is on the way.

Update Jan 23: Just a few days after writing this article, Microsoft made a bolder move into the Metaverse: Mircosoft acquires Activision for $68.7Billion 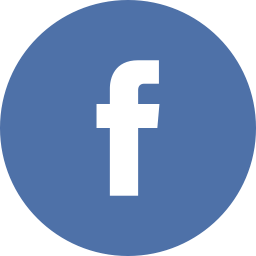 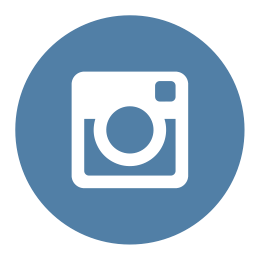 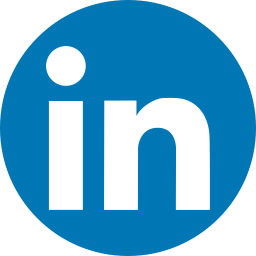